Dracula, Angel, LeStat, Eric Northman, Edward Cullen. Who’s your vampire of choice? At William Shakesbeer, we have a selection of second-hand English books for you to enjoy, and you can find many of your favourite vampires hiding here! If ‘every age embraces the vampire it needs,’ (Nina Auerbach) then your favourite vampire can tell you a little about the society it was dreamed up in.

For example, Dracula was published at the end of the Nineteenth Century, a time of great industrial and social change. With this came the emergence of the New Woman; independent, free-spirited women who did not necessarily desire marriage and children. The novel serves as warning about what happens to women who are tempted by sex before marriage, or who break free from social norms.

Fast forward one hundred years to Jos Whedon’s ass-kicking Buffy the Vampire Slayer and compare Dracula with Angel; the handsome, mysterious, tormented vampire with a soul. Although powerful, he is merely Buffy’s sidekick: passing on information and lending a hand during fights, while being hopelessly in love with Buffy. Still, Buffy was independent, able to protect herself and her friends, and did not need a man, undead or otherwise, to constantly rescue her. This made the show part of the third wave of feminism which the 1990s brought, along with The Spice Girls! At William Shakesbeer, we have a limited edition Angel novel on sale.

In a blog about vampires, it would be impossible not to mention The Twilight Saga, probably the most popular vampire text of the Twenty-first century. Filled with impossibly beautiful, rich, powerful vampires, Meyer puts a twist on the traditional vampire novel (it is said she had never read a vampire novel before writing her own). The Cullen vampires have reflections, sparkle when they go out in daylight and feed only on animal blood. They also live in a perfect, heterosexual family, always turning to their male leader for the last word on decisions. Whatever flaws these novels have, they hooked me (normally a reader of the classics or contemporary fiction) from the start. They are an easy, page-turning read of escapism. See for yourselves in our selection from The Twilight Saga.

Finally, who can forget the devastatingly gorgeous, powerful vampire characters of HBO’s True Blood? Pam, Eric, Bill and Jessica are just some of the nocturnal inhabitants of Bon Temps, Louisiana. In the TV show, parallels can be drawn between the struggles of the Civil Rights Movement in 1960s America and the discrimination which vampires face in the America of the TV series. We currently have a few Sookie Stackhouse novels by Charlaine Harris, the books which inspired the immensely popular TV series. Harris’ vampires are volatile, dangerous and infinitely sexy. Check them out, before I decide to read them again!

Love it or hate it, it’s hard to escape the influence of the vampire genre on our culture today. So have a look through our selection of vampire novels and see what takes your fancy! 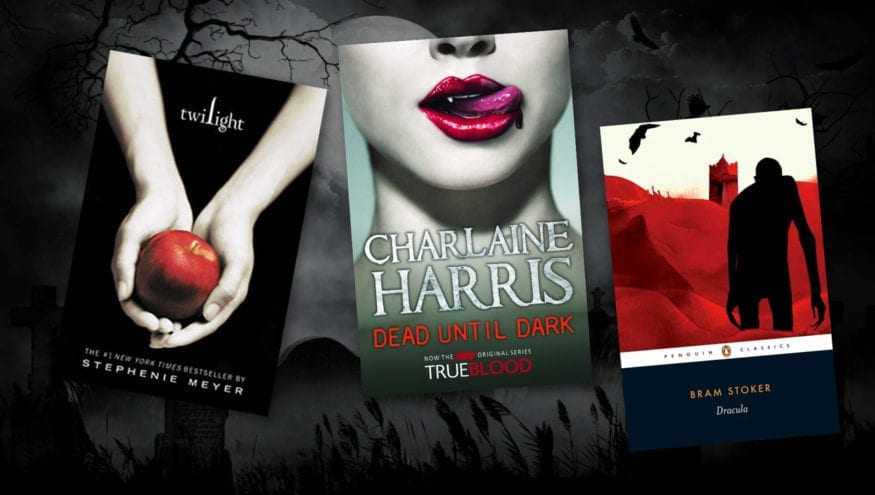 Get your teeth into some of our books from the vampire genre. 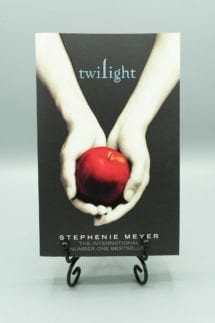 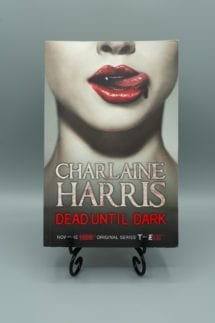 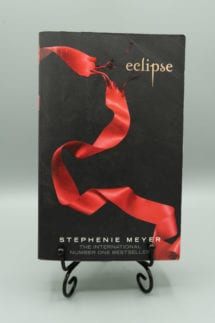